It Was 16 Years Ago Today

It's funny, there's so much I could say about this day, but I'm just going to point out that today is the 16th anniversary of yours truly and his beloved tying the knot, making two into one, cleaving unto one another and no other, you pick the sentiment. The point is, today is the day that, sixteen years ago, the most gorgeous woman on Earth (well, to me; understand I'm not exactly unbiased in this particular opinion) said "I do" and "I will" and I'm ever so glad "she did" :).

So instead of waxing rhapsodic about "the way we were" and who were were back then, why not just show you who we were :)... 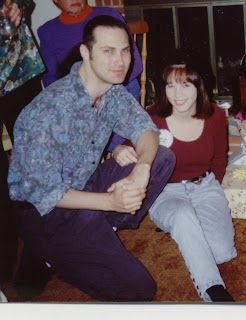 A few weeks before our wedding at the wedding shower, and yes, I was there (I'm all liberated like that, and stuff (LOL!) ). 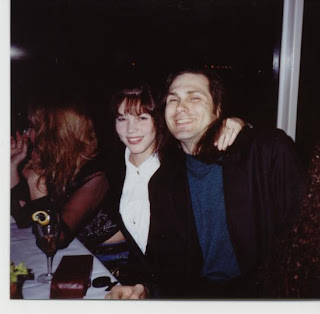 At our Bachelor/Bachelorette Party (yep, we decided to be unconventional and hold them together because, well, we're just raging geeks like that :) )". Don't you just love the early 90's garb (LOL!)? 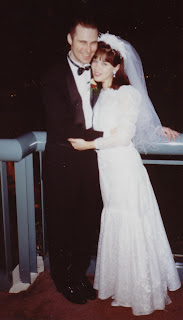 The Bride and Groom the Night of the Celebrated Day. 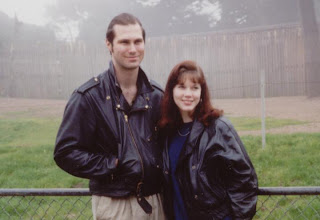 The two of us out and about a couple of months later on a typical San Francisco afternoon in the Sunset District. 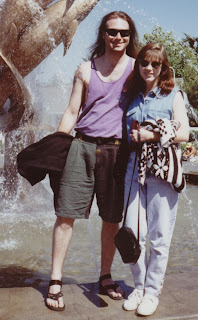 Another early shot of the newlyweds (sometime in 1993).

And now fast forward to us today (a lot has changed)... 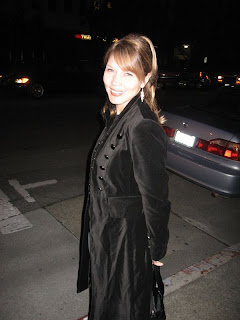 Well for some of us, not so much... Christina has hardly changed at all!!! 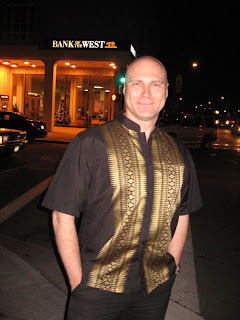 I certainly can't say the same for me (LOL!). 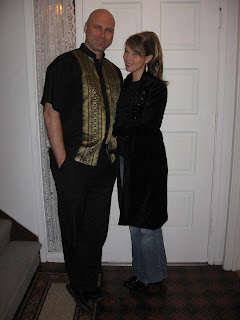 But you know what? She still digs me, and I definitely still dig her, and frankly, when all is said and done, that's all that matters.

Happy Anniversary!!!
Posted by Michael Larsen at 5:00 AM

I do still dig you! How cute, our blog lay out is almost the same. Thank you for 16 happy years!

Aww you guys are so cute. Happy Anniversary.

May you have many happy days together...

So sweet. . . you two are a great love story to follow! Happy Anniversary!