For Vampire Fiction, The Original Is Still The Best :) 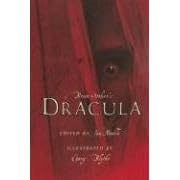 I will admit, today's post was spawned from my watching my wife and my son devouring the Twilight books. Back when I was a kid (read: not quite the time of the Stone Age, but perhaps not nearly as hip as Dynastic Egypt :) ). I had the chance to come to grips with the most celebrated vampire story of all, Bram Stoker's Dracula. I also witnessed the 20th century's fascination with this character, and subsequent stories related to vampires that have been written since (yes, I totally dug Lost Boys, as cheesy as it is today, and Forever Night was one of my favorite TV shows in the early and mid 90's. It's probably also no accident that my favorite video game of all time is the Castlevania franchise, with its revolving characters through the ages and their never ending hunt to rid the world of Dracula.

I made a decision this year that I was going to delve deeper into Project Gutenberg and explore the books of my youth and many others that I never had a chance to read. Project Gutenberg is dedicated to putting all of the world's public domain literature into E-book form (anyone out there who owns a Kindle and has not put this site on their list, shame on you :) ). With the release of "Castlevania: Order of Ecclesia" just over a month and a half ago, my fascination with the aforementioned Carpathian Warlord and Count was renewed, and I decided it was time to dig back and see if the original work would still "rock my world". I can say with confidence that "rock my world" it still does :).

Gang, Stoker created one for the ages here; even if you are not a fan of horror or vampire stories, as a first rate mystery/thriller, it is still top notch. What was most fun was to see an at the time common literary device used in a masterful way, that of making the story effectively narrator-less. Well, to be fair, it had several narrators, but each one spoke just from their own point of view, and it was left to the reader to assemble the pieces of the puzzle. Reading from Jonathan, Mina, John, Lucy and Abraham's journal entries, subsequent letters and telegrms, and contemporary newspaper clipping made for an intriguing read, and left you with the feeling that you understood what was happening, and allowed you to carry the suspense of the story without beating you over the head with the moral or the message that you are supposed to get. Sadly, that's missing from a lot of the books written today.

Stoker also took the efforts of making the story both ancient and modern; while it had many classic stereotypes of its era (British Empire and sentiments thereof are very clear, and the growing mistrust of the immigrant in Great Britain are not so subtle subtexts in the writing) it also was very up to date; I found it very interesting to see the notion of using a phonograph to keep a journal, taking the underground subway (which indeed there was in 1897) to let me see this Victorian era as not so far removed from my own after all. By contrast the depictions of the Black Sea and the Carpathian Mountains is so vivid, the reader cannot help but envision it vividly.

What was also fascinating to me was to see the changing roles of the age; Mina Harker's character was a thoroughly "modern" woman, though not modern in the sense that we would consider today, but hugely ahead of her time and station as depicted in the book. Bravo to Stoker to make a heroine who had some backbone to her, not in a hackneyed fashioned that is so commonplace today as books and stories are written of a comparable time, but truly a woman who was willing and able to push boundaries without seeming to be trite or forced. Mina's character works because you can believe that a woman like her actually existed. By contrast, the character of Lucy Westenra was more of the classical view of womanhood as existed in England (or once existed). Lucy seemed like a character straight out of many of Jane Austen's novels.

So really, why am I writing this review? Is this another piece of frugality? Is it part of my desire to relive a classic without hitting a book store? Is it a call for less clutter? It's all of these, I guess, and it's also a plug for Project Gutenberg. But really, it's my way of saying that the classics that genuinely stand the test of time do so for a reason, and Dracula is truly a book that stands the test of time. So for those who are currently enjoying this resurgence of Vampire fiction (last brought to the surface when Anne Rice was on a tear in the early 90's), please do yourself a favor and read the original bestseller of the genre. Seriously, you'll dig it, I promise :).
Posted by Michael Larsen at 5:00 AM

Michael, I just read this book on my way home from Italy. . . my little brother left it at my sister's house in Sardinia, and she'd read it about 5 times (not too many English books in her town!) and I swiped it for the ride home (left all my books with her!) Anyway, it was my first time reading it and it really is a great book, but now you must read Twilight! S