The Ghosts of Christmas Pictures Past

Last week, my family went to get our annual "Santa Shot" that is our tradition every year. I said I was pretty sure that this is a tradition that we did every year from 2000 on... I was right. In 2002, we also did an at home picture for Christmas Cards (I think the last ones we ever sent out, to be honest (LOL!) ). So it is indeed an annual tradition since 2000. So for fun, I thought I'd post those pictures: 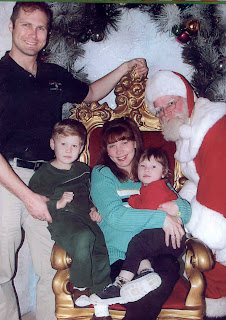 Christmas 2000 and a smaller Larsen Family, but Amber is indeed there :). She'd just have to wait another month or so to make her debut (LOL!). Nick was 4 and Karina was 2. 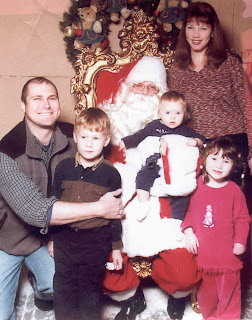 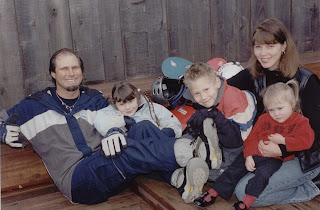 Christmas 2002 - The card card shot we sent out to our friends and family... 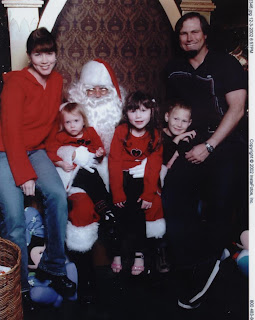 ...and us again with our white haired and bearded friend. Nicholas was 6, Karina was 4, and Amber was just shy of a year old. 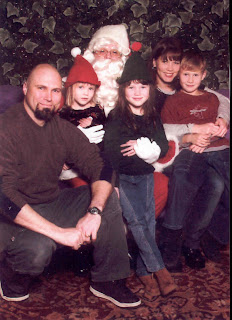 Christmas 2003 - The years I went back to school and swore I would not grow my hair back until I graduated (LOL!). Nick is 7, Karina is 5 and Amber is just shy of 3. 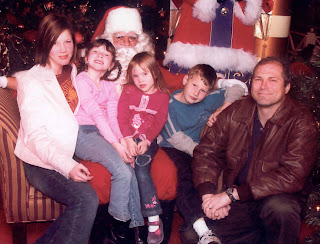 Christmas 2004 - OK, I was nearing graduation and I was doing jobn interviews, I decided the skinhead interviewing might be a little bit freaky. It would be the last time I would have any serious hair growth on my head, for now very obvious reasons (LOL!). 8 year old Nick, 6 year old Karina and not quite 4 year old Amber. 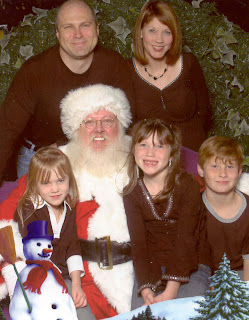 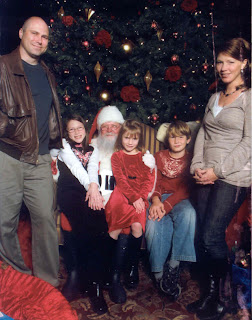 Christmas 2006 - I like this picture because it's one of the few where Karina wore her glasses. 10 year old Nick, 8 year old Karina and not quite 6 year old Amber. 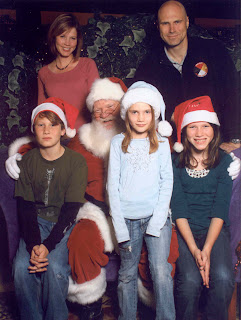 Christmas 2007 - Last year's shot. Looks like we had a theme going this year, and I'm not sure why Nick was sulking (I probably gave him a hard time about something, I'd be willing to bet). 11 year old Nick, 9 year old Karina and not quite 7 year old Amber. 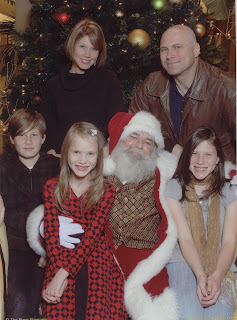 Michael, I wanted to leave a comment on Christina's "Get up and Go" post. . .but it wouldn't let me for some reason. . . she is such a fun mom and their adventures looked so fun, I want to copy her idea, we have TWO cool town near us and during break we just might try it. . . and the sunglasses made me laugh, but don't tell Nick.

I thought I left a comment on this post already, I did enjoy reading it and didn't I steal your idea for my blog? What a cool tradition, you guys are full of them!

What a cool post! I love looking at the progression over the years :)