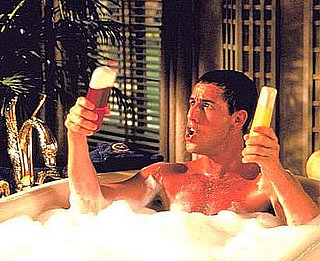 As many of you may know, I'm a big fan of Orson Scott Card. I can't say I enjoy everything he writes, but more times than not, his books grab me and keep my attention and are memorable long after I have read them (one of my all time favorite books is Pastwatch: The Redemption of Christopher Columbus).

"Scott" also has other outlets for his writing (his column "Uncle Orson Reviews Everything" is considered required reading regularly by yours truly), and he also supports and hosts a gathering and community at nauvoo.com for Latter-day Saints (a place where I have met many cool friends and several of their blogs can be seen on my blogroll if you are interested :), and if you do decide to stop by and read, any posts by a guy named "boardmadd"... yeah, that's me (LOL!) ).

Back in September 2008, Scott started writing a weekly column for the site "Mormon Times" (published by Deseret News) and his column is called "Orson Scott Card: In The Village". His most recent article, "Marriage needs lots of humor" was published on Thursday, Jun. 18, 2009, and I feel compelled to share it with others :).

I greatly enjoyed reading this article and thought about the many ways that Christina and I have shared humor in our marriage over the years. At times, we can both be very serious and earnest, but we can also be a pair of Grade-A goofs when we feel like it. We both love to laugh, and we both love to do things that get both of us smiling and acting silly, and like Scott, we have out own phrases and demeanors that have carried on for *years* now, most of which are total mysteries to our friends.

One of the long running "gags" of ours is the phrase "Would you kill Billy Madison?!" and the languid, hateful answer of "Yes!", usually followed by laughs, and invariably followed by people staring at us, thinking we've lost our minds. It helps to understand where this comes from, and when we say it. Back in 1995, Adam sandler made a silly movie called "Billy Madison" and there were a number of commercials made for this movie. One of them was "Adam Sandler interviewing a Serial Killer". He asked a bunch of questions about the moviegoing experience, all of which were answered with a "yes" (would you buy popcorn? Would you sit in the balcony? would you buy a soda?, etc.)... a long list of "yes" questions. Finally, the punchline question was "Would you *kill* Billy Madison?", followed by a pause, and a psychotic "yes". the first time we heard this together, we just cracked up laughing.

Some time later, we both were having a conversation with friends, and someone was asking a bunch of questions where it seemed all the answers were "yes". At that point, I looked at Christina and said... "would you *kill* Billy Madison"... and she did the psycho "yes" answer... and we both started laughing hysterically. It's almost scary to think that this has been a running gag between us for close to 14 years, but to this day, any time we find we are in one of those discussions where ever questions seems to require a "yes" answer, it's a good bet that "will you kill Billy Madison" will get asked, usuallyto the complete bafflement of the other people in the conversation :).