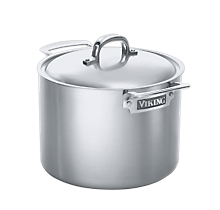 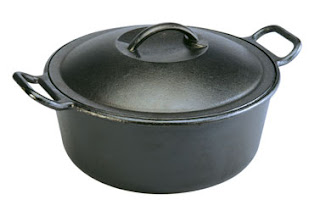 Several years ago, during the years just after we bought our house, we made a decision to remodel our kitchen and during this process, I insisted on getting a Viking Range. I argued that I wanted a professional grade range and that I wanted to have professional quality gear to go with it. My logic was somewhat sound, in the sense that, if we invested in a stove that was high quality and had a lot of great features, we would be more apt to cook at home and also be more apt to take advantage of such a system for years and decades to come. It seemed like such a great idea, and we had the money in our budget, so why not shoot for the moon?

So here we are 10 years after buying our house and 8 years after doing the remodel… and I have to say, on two accounts, I’m rather disappointed with the Viking. Personally, I love the look, and I think it’s awesome when it works correctly, but there has been an ongoing issue that we have had to fix every few years, and that has been the ignition relay. We’ve replaced it twice now, and we have also had to replace the convection fan motor bearings, two things that should have little to no issues. While that has been a little bit of a frustration to deal with, it pales in comparison with what was a true conceit purchase… the Viking cookware that we bought.

Now don’t get me wrong, I appreciate the cookware; it’s very well made, and it’s very sturdy and has performed beautifully, but as I was looking back at the cost of getting additional items, I though “you have got to be KIDDING me!!!” A single stock pot costs $300?! Why in the world did we buy this? Honestly, I know the answer, and it was for the same reason that we bought the Viking range… I knew the name, and I knew that they were synonymous with “high quality: and “professional grade results”. Add to that, we allocated a set amount to our kitchen remodel and update. The cookware update went with that, and we figured, hey, why not?!

The irony of this is that I have been working with my scout troop the past few years with regards to cooking, especially with camp Dutch Ovens and kitchen Dutch ovens and other cast iron cooking tools. The prime maker of these items is a company called Lodge. They have been around now for 125 years or so, and I was impressed to see that many of their original pieces made when their foundry was first opened are still being used by families and cooking enthusiasts today. Could you imagine using a pot or a frying pan 125 years after it was made?! I thought that was incredible, so I decided to experiment with some meals and the way that I made them. I came to the conclusion that I enjoyed cooking with, and I feel I got better results, cooking with my black cast iron cookware than I did with all of the high tech Viking stuff. The Viking stuff is gorgeous, to be sure, and the Lodge cookware doesn’t look as spiffy (though I admit that I am a fan of the black cast iron look :) ), but when it comes down to performance, evenness of cooking, and the ability to retain the dishes warmth through an entire meal, Lodge wins hands down. What’s more, I would never think to take the Viking stuff camping, but I’d grap the Lodge pieces in a heartbeat. The real clincher? Many of the Lodge items are much less expensive!

This does not mean that I am going to go out and throw away my Viking cookware. No way, this is good quality stuff and it does a good job where I need it to, but I’ve decided that, going forward, I’m probably going to see more black cast iron in my future (LOL!).
Posted by Michael Larsen at 6:00 AM