On Friday Night, Nick invited some of the boys from the Troop to come over and start getting things set up for his Eagle Project. Nick decided to create an Animal Needs drive for the Peninsula Humane Society. To that end, we had a friend of ours at church create a flyer that we could distribute. The flyer was then duplicated onto 500 sheets of paper.

The goal was to get a group of the boys together, cut the paper so that each page produced two flyers, punch a hole in the top of the paper, thread and loop a rubber band through the top of each flyer. This took the assembled group about three hours to do, and then they went upstairs and played video games until late into the night. 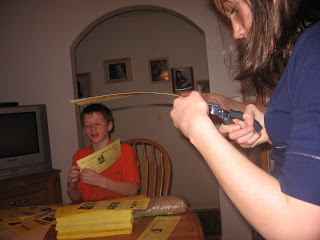 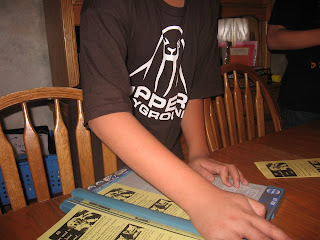 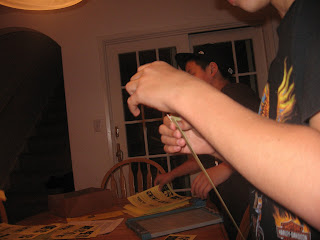 The next day, we had a bunch of additional helpers and drivers come join us so that we could distribute the flyers to 1,000 houses. We mapped out three housing sub-divisions in San Bruno to get that total number, and then we hit the road and started hanging flyers. 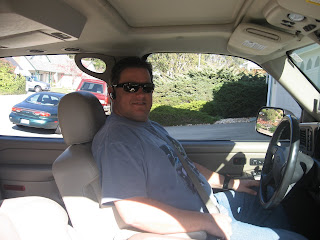 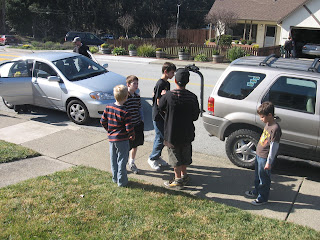 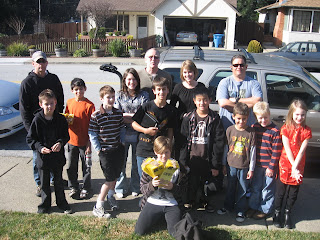 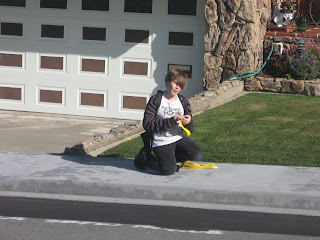 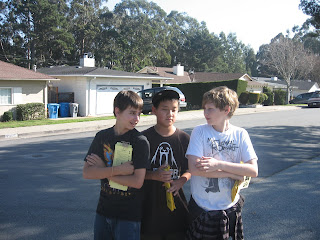 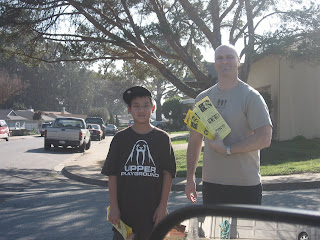 About three hours later, we received confirmation that the 1,000 flyers were all distributed. To close out the day, a number of us descended on the Extreme Pizza in the Bayhill Shopping Center. 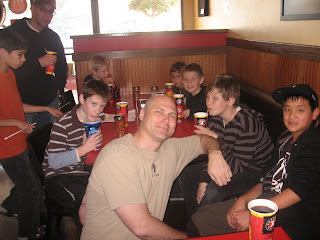 Next Saturday, the boys will go back to those houses and streets and see what has been setout for them to pick up. Since I will be at a Wood Badge Development weekend, I will not be able to help out this time, so it will all be on Nick’s shoulders to direct and guide the participants (as it should be, actually :) ).

Wow, it’s hard to believe that we are finally on our way to making this all happen, but by this time next week, all that will be left is to distribute the items we collected.
Posted by Michael Larsen at 9:00 AM