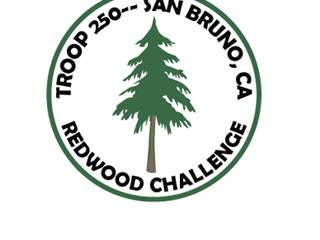 As my boys were going through their first year of Boy Scouts, I realized that there were effectively two levels of training. There was the Troop leadership Training, which is the intro level training for a scout, and consists of a three page outline and job cards for each youth member. That’s the sum total of entry level training there is. The next step up is National Youth Leadership Training, which is a week long training course open to boys who are 14 years old or 13 ½ if they are 1st Class and the Senior Patrol Leader. I’ve read through the syllabus of this course, and it’s awesome! Still, I felt like saying “what are my boys going to do in the in-between years? There’s a lot of ground that gets covered between the ages of 11 and 13 ½. Isn’t there something that I can do that will help them get more leadership experience in between?

My answer was “yes” and the result was what has become known in my troop as “Redwood Challenge”. This is a combination of the Troop Leadership Training, elements of the older Junior Leader Training (JLT) that went out of circulation about five years ago, and some elements of National Youth Leadership Training that is available today.

So what is Redwood Challenge? It’s a metaphor for the idea that Redwoods are fast growing trees, but if they don’t get a good anchor in the soil, they can fall over easy in high winds and under stress. Likewise, our boys are at an age between 11 and 13 ½ when they are learning a lot and have a tremendous amount of potential, but they will also fall under stress if they do not get the chance to put their roots down deep. Thus, the idea behind Redwood is that there’s a course, there’s an action plan, and there’s a deliverable related to their specific jobs (does this sound a little bit like Wood badge? That’s intentional :) ).

As I developed the course, I decided I wanted to have a number of different themes run through the training. Trust, decision making skills, leadership and listening were emphasized. In addition, the idea that each boy was responsible for their own domain within the Troop.

When the day came for me to actually give the training, I had high hopes that this would be a fast paced, action packed and high participation event. Truth is, it was a mixed bag the first time out. The activities worked well, but then the discussion afterwards tended to drag a little bit. Lesson learned, one activity at a time, followed by reflection, then followed by another activity and reflection, etc. While the roundtable discussion we had was, I think, helpful, it went on too long and I could see the attention levels flagging a bit.

Overall, I think the training turned out to be positive, and the boys now have the skills that they need to succeed in their respective positions, and this will become an ongoing process over time, where the training will be enhanced and refined as the boys grow and mature. This way, when the time comes for NYLT, they will be well prepared and ready to participate at a higher and more involved level. I’m looking forward to that :).
Posted by Michael Larsen at 6:43 AM