Madd Money: What You Accept, You Teach 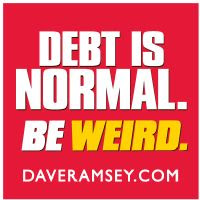 I know it seems a little silly to be broadcasting the fact that I want to put some new bumper stickers on my "coffin box" that sits atop my car, but in many cases, that's the cheapest piece of pretentiousness I own (LOL!). See, I'll never forget what one girl I used to date in college said to me... she was from Switzerland, and she found a number of things about the American ethos amusing. When I asked her for examples, her immediate response was the notion of the "bumper sticker"... in her mind, it was the absolute proof of the "pretentiousness" of the Average American... as if we thought that people actually cared enough of our own personal opinions that we would put them on the outsides of our cars for other people to read. I will admit that, for many years, I did not put bumper stickers on my car for this very reason. There is something sort of arrogant about putting things that you feel are important or that you want to say on your car like this... but then again, it's the only "personal commercial real estate" a lot of people, including myself, will ever have (LOL!).

Back a number of years ago, when I bought my Ford Escape, I bought a Packasport box to stash my snowboard, camping gear, or whatever I might need for wherever I might go. Because this thing was out in the sun all day, it was getting fairly ugly looking, so I decided to add some color to it, in the way of Vans logos, snowboard and skateboard stickers, and my preferred cause, that of "Snowboard Outreach Society". I also freely confess that I also post space for the Stanford Pow Wow each year, and I have a sticker that says "save San Bruno Mountain" because, well, I happen to dig the mountain that I can see just from the top of my hill where I live :). Still, they were just corny things I had on there, and I never really thought anyone paid any attention to them... until my friend Adam actually referenced one of them in a Sacrament Meeting talk. Being referenced in church is strange enough. Having a bumper sticker referenced was surreal (LOL!). But it was the one that he picked that got me thinking... I have a sticker where two elderly Native American men are sitting in front of a fire, and the words next to them read "What you accept, you teach!" He said that he wasn't sure what it meant to me, but that it actually helped him gel some of his own talk he wanted to deliver. The meaning behind the phrase is that "if you accept inequality, you teach that inequality is OK" or "if you accept immorality, you teach that immorality is OK". You can fill in the blanks of any number of things, but the take home message that I happen to like is that I can be tolerant of many things, I can be respectful of others, but I do not have to "accept" those things that I do not approve of or wish to influence me and those around me. By doing that, I teach others what I believe.

Which now, long windedly, I admit, brings me to the new additions I hope to add in the coming weeks (when they get here). Anyone who has read my blog for any length of time knows that I abhor debt. I despise it. I wish everyone was free from it. I wish we had a government that wasn't so dependent upon it. I want to show the world that I do NOT accept debt, and therefore, I want to teach other to do all they can to GET AWAY FROM IT!!! In my world view, playing with debt is like playing with snakes... eventually, you WILL GET BIT!!! Thus, these are two new pieces of the Dave Ramsey Show that will be going on my Packasport in prime locations... two stickers, one that reads "Debt is Normal, BE WEIRD!" and one that reads "Live Like No One Else!" fans of the Dave Ramsey Show or "The Total Money Makeover" are already intimately familiar with these phrases. We live in a society that has too long treated debt and indebtedness as a normal fact of life... and oh are we ever paying for it now (collectively). Personally, I love being 100% Debt Free in all ways (no credit card payments, no student loan payments, no mortgage payments, no debt AT ALL), and I want to keep it that way FOREVER if I can! I realize that makes me weird, and frankly, I *LIKE* being weird :). The second one is actually a shortened version of the theme for "the Total Money Makeover". The whole Phrase is "Live like no one else, so that later, you can live like no one else". truthfully, that is my ultimate goal. I want to be able to live in such a way that, should the time come, when my children are grown and my wife and I get the opportunity to go do something great, whether that be to go off and travel, or serve as couple missionaries somewhere else in the world, we'll be able to do it and do it without any constraints. My goal is to be able to be free when I am older. To do that, I refuse to tie myself down today, and that means I will not go into debt. Not now, not ever, if I have anything to say about it.

Thus, I am giving in to the pretentiousness of the stickers, and yes, I know it's arrogant to think that people care what I think or that I would put such a thing on my car. However, I think it's time to show what I accept... and perhaps, just maybe, I may teach someone after all :).
Posted by Michael Larsen at 5:00 AM

Without going into too much detail, your continual Ramsey mantras are influencing people. Like my family. We are forgoing purchases that would be really nice to have until we can pay cash for them. And we've used our entire tax return to help us get to that point sooner. Hooray!